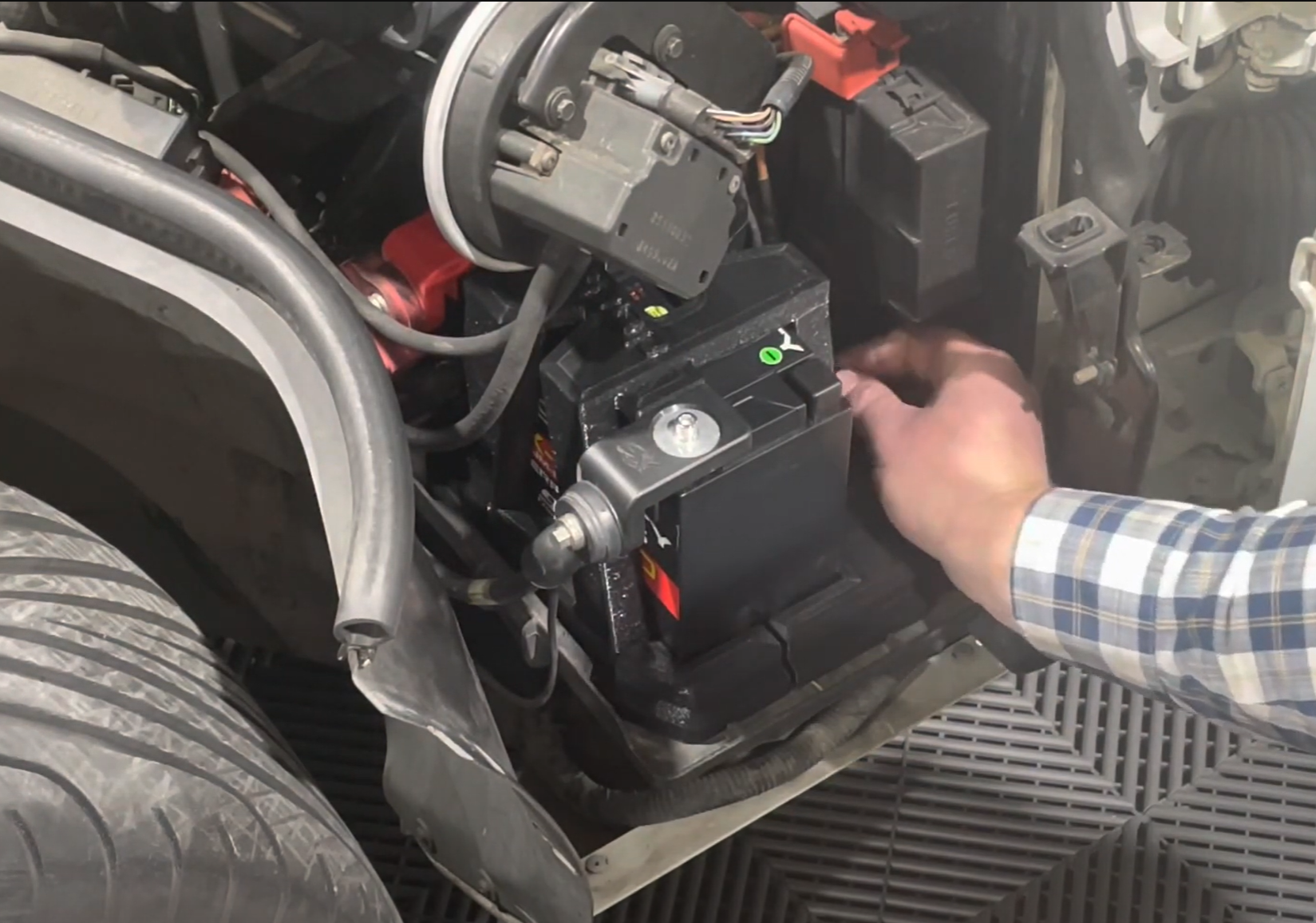 In this video, we take a lithium Antigravity ATX20-HD battery (show) and combine it with a custom Repop battery adapter to shave a bunch of weight off this awesome classic Corvette.

As you may already know, the C4 is the fourth generation of the iconic sports car from Chevrolet, produced from 1984 to 1996. Believe it or not, Chevy sold over 350,000 of these cars, so if you don’t have one already, there still should be plenty to choose from.

What impresses us most about the C4 is its handling. This car has a fully independent suspension with double wishbones up front. Also, ahead of time is the engine placement – behind the front axle to optimize weight distribution. With the advanced suspension, engine location, wide 275 tires at each corner, 300 horsepower, and an overall height under 47 inches, this car was and still is a great performer.

But don’t take our word for it. In competition, the C4 quickly made its presence known, in SCCA Showroom Stock GT racing. Between 1985 and 87, the Vette dominated the podium in the Playboy and then Escort Endurance Championship, relegating the Porsche 944 Turbo to a cameo role in the series. During that time, the Corvette beat Porsche 29 – 0. In fact, the C4 dominated so much, the SCCA outlawed it, and a new spec series featuring just Corvettes was created, as many of you know, called the Corvette Challenge.

While the C4, and particularly the latter ones like this 1993 version, are excellent performers, no one is going to argue they are lightweight. In fact, cars like this tend to weigh about 3,400 lbs at the curb. Now, this is where the Anti-gravity lithium battery and the Repop adapter come into play.

We designed this mount as one piece so that the battery can simply slip inside (show). Then we’ll take side mount battery adapters from XS engineering and secure them to the top of the battery. Note the ears on the Repop adapter to help align the side mounts.

From there, installation is as simple as dropping in the package, tightening the lower mount bolt, and attaching the positive and negative terminals. As you can see, the entire package is designed to fit just like OEM, with the battery cables resting as they did originally.

Now let’s get down to the most important part – and why you’re all probably here. How much weight did we save? The original battery on the scales weighs 31 lbs and 3 ounces and this, by car standards, is not a large battery. The Anti-gravity battery with Repop battery adapter and XS side mounts weigh 6 lbs and 3 ounces. We saved 25 lbs! For such a simple modification, the results are phenomenal. For more information, please visit check out this product right here: