It Started With A Mustang

Lithium Battery Adapter for 2014 and Up Ford Mustangs, GT350 and GT350R Mustangs

Additive manufacturing is a great tool in that it allows quick and easy prototyping and pre-production models of all types of parts, spanning several industries. From medical to automotive, it has been used heavily throughout the past 10 years, especially as the equipment has come down in price and is more readily available. There are even printers that were designed and tailored almost specifically for certain industries.

One area where additive manufacturing has gained momentum recently is automotive. This is in part due to the customization options a 3D printer can provide. Whether it be mechanical parts under the hood, or creating 3D printed models of cars, these machines have been an integral part in automotive design and production. In the past, the material capabilities were more limiting if being used for end-use parts, but with the major advances in material capabilities within the additive manufacturing world (especially FDM technology), it is now very possible. 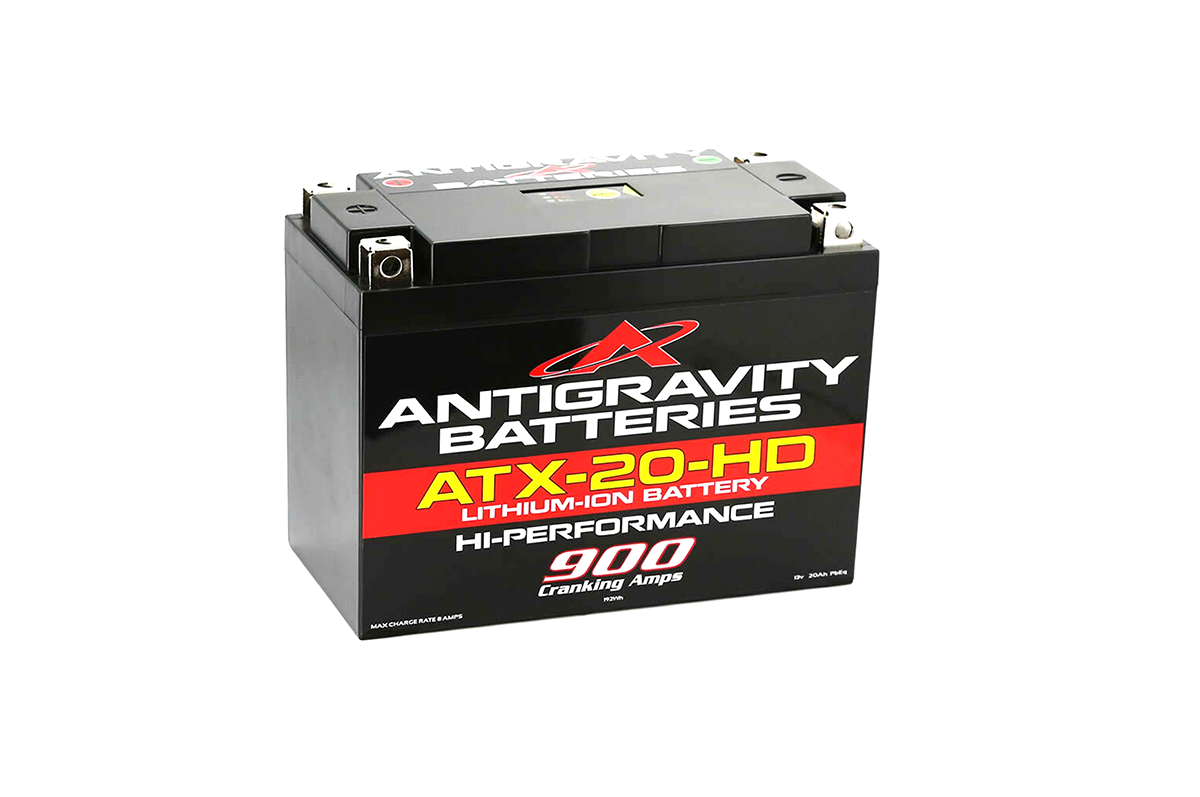 Repop 3D has utilized the capabilities of the EVO Additive Manufacturing Center in order to create a new lithium-ion battery holder fit for the Antigravity Lithium ATX20HD battery designed for the Ford Mustang. Utilizing all of the benefits of 3D printing — customization, material choice, physical prototyping — Repop 3D has successfully developed an affordable, custom mount which not only allows you to save weight, but also allows the adaptation of a higher-quality part (Antigravity lithium battery), and saves several thousands of dollars in tooling costs. 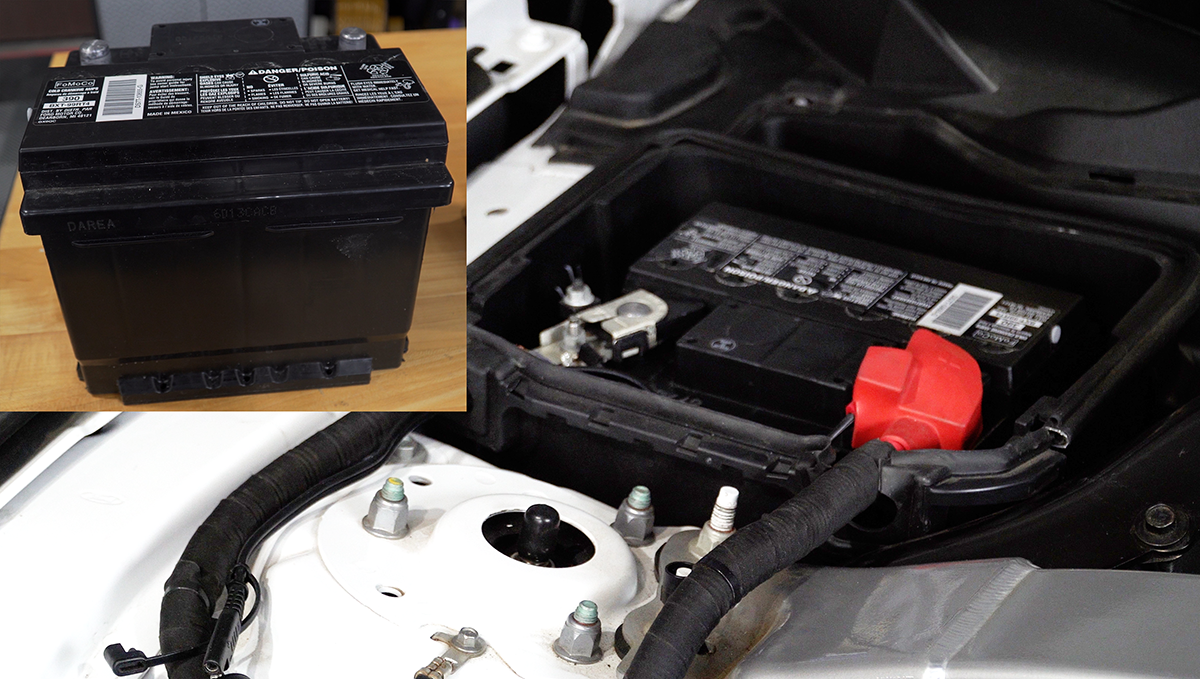 The stock battery of the Mustang GT350R is much larger and weighs over 20 lbs. more than the ATX20HD.

The Antigravity Lithium ATX20HD battery is much smaller than the stock Mustang battery, and is even smaller compared to the upgraded option available in the GT350R. It has a higher number of cold-crank hours, and has higher performance overall. For a very affordable price, one can upgrade easily. The main problem when switching to a smaller battery is fitting it into the stock battery compartment under the hood. It must line up properly in order to not move around when driving and so that the battery cables line up.

The Antigravity Lithium ATX20HD Battery Mount by Repop 3D places the smaller lithium battery in the correct coordinates so that it can be mounted exactly like the factory battery.

The Antigravity Lithium ATX20HD Battery Mount by Repop 3D solves this issue as it places the battery on the correct X,Y coordinates for the cables to align and for the unit to be clamped down using the stock battery tray in the car. This mount will last the lifetime of the battery as long as it is printed in a strong material. The Antigravity Lithium ATX20HD battery slides right into the battery holder and then mounts as if you were installing the stock battery. Everything lines right up, and the battery fits nice and snug without moving around. 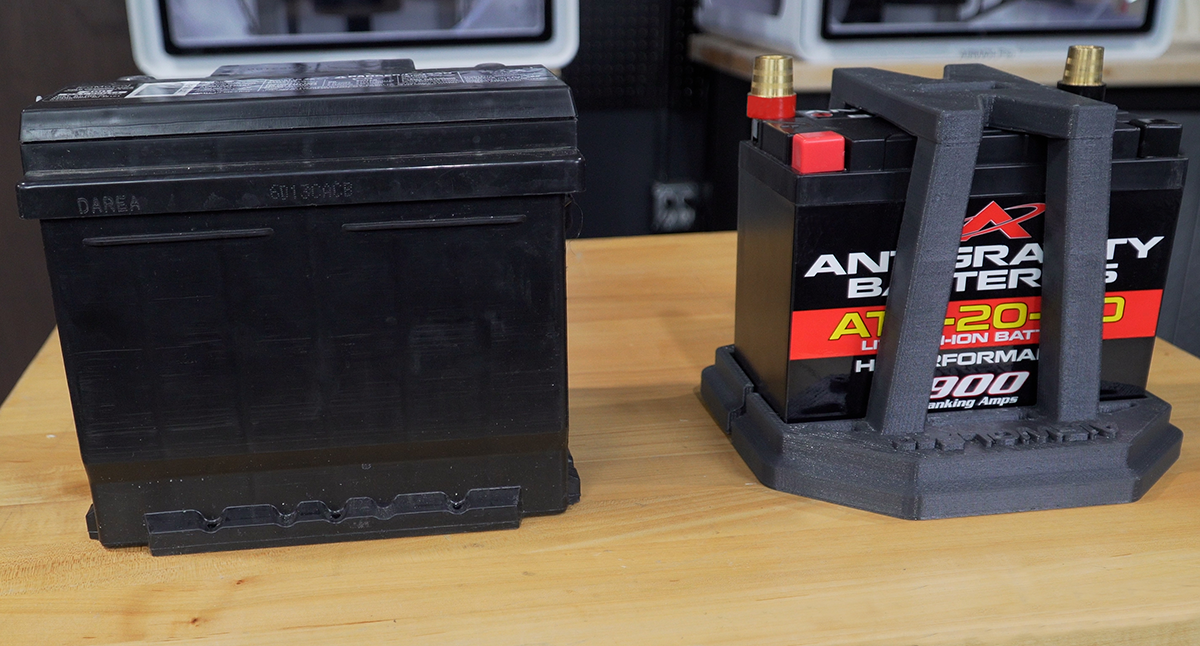 The original part was first printed in Airwolf 3D’s high-grade MG-94 ABS, but was later made with FiberTuff — an all-new fiberglass-filled ABS which displays exceptional strength — and also matches many of the carbon-looking factory parts under the hood of the car.

What is it:   For the adaptation of an Antigravity Lithium ATX20HD battery to the factory battery box